Reginald (Reggie) Khotshobe is of the Xhosa people, a former IT professional, and now a full-time Igqirha (a traditional healer or Sangoma)—a revered position in Southern African society. He was born on the land that his grandparents lived and worked on, which was the ‘Granta’ farm at Old Thomas River, in the district of Cathcart in South Africa’s Eastern Cape Province. Reggie’s family later moved to a farm at Amabele, which is where he grew up (Reggie's hut and community are pictured below). Reggie’s father is from the Gqwashu clan, a descendent of the Khoisan (Bushmen), and his mother is from the Madiba clan.

Reggie holds a Diploma in Data Processing and Systems Analysis from the University of Zululand, and a Certificate in Computer Programming from International Computers Limited (ICL), as well as a number of other IT qualifications in Structured Systems Design, Network Design and Network Management. Throughout his long career in the IT industry, Reggie held management roles that specialised in Systems Development and Programming. He is a member of the Computer Society of South Africa.

It was during his time in IT that Reggie embarked on a path towards becoming an Igqirha, a traditional healer (or Sangoma), and eventually, after 24 years in the IT industry, he resigned to devote himself to being a full-time Igqirha.

Reggie speaks IsiXhosa and English, and is the father of six children, two daughters (one passed away), and four sons (one passed away). He lives with his partner at Zwelitsha (near King Williams Town), and has a strong interest in the creative arts, specifically wire artwork, drawing, photography, traditional beadmaking, and traditional dance and songs (drums and all!). 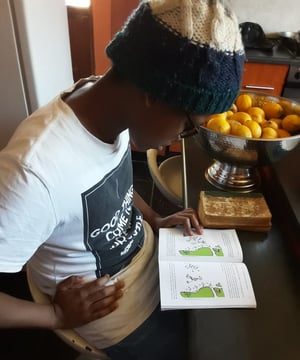 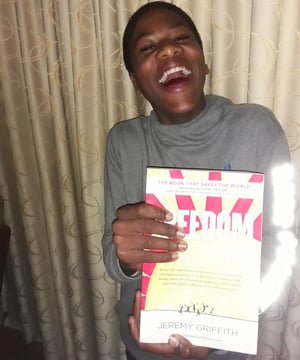 “Jeremy Griffith’s book FREEDOM should be prescribed in all schools and translated into IsiXhosa.”
Reggie Khotshobe